Are you interested in iconic Finnish brands? Here are four examples you can find in Helsinki. 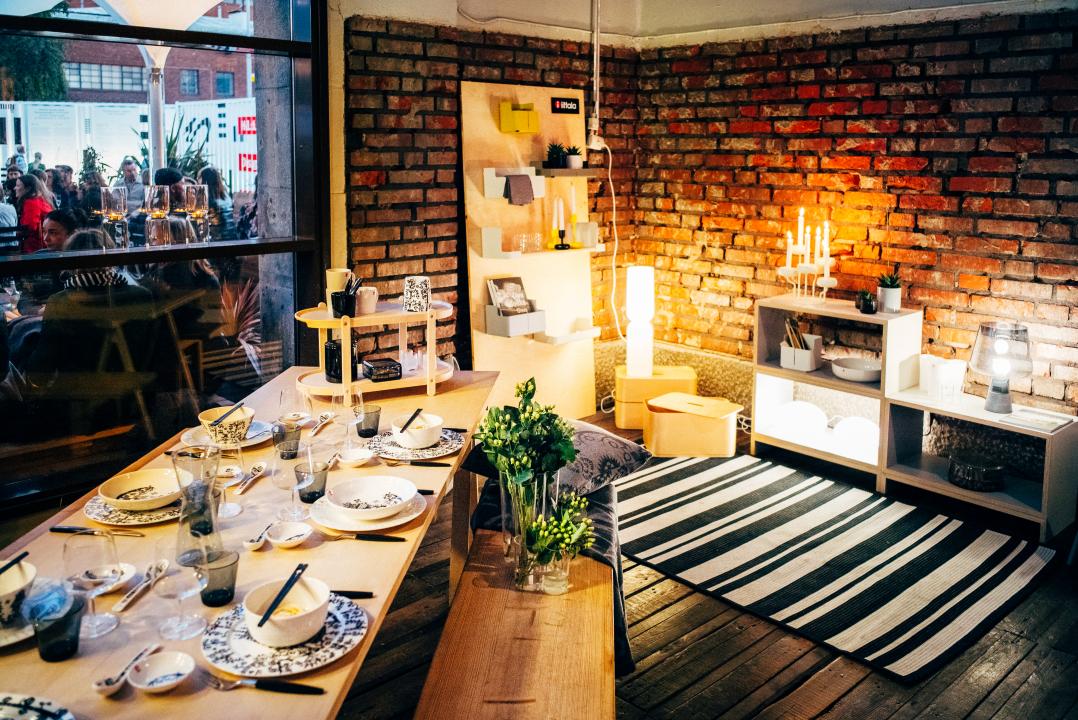 Iittala's glass factory was founded in 1881 in the small village of Iittala, some 120 kilometres from Helsinki. The glass factory is still running and it produces e.g. Alvar Aalto's Savoy vases designed in 1936.

Alongside this vase, Iittala's most iconic designs include the Birds designed by Oiva Toikka in 1962, and Tapio Wirkkala's Ultima Thule glasses, originally designed for air carrier Finnair's first class tableware in 1968. Iittala's designers today include Ilkka Suppanen, and the French design stars Ronan and Erwan Bouroullec.

Iittala renewed their global flagship store on Esplanadi in August 2016, at one of the city's most prestigious addresses. The new store measures 217 square metres and showcases the whole Iittala product line, glass art objects, as well as more singular items.

A new shopping destination is Iittala & Arabia Design Centre located in the Arabia district. While you're there, take a guided tour in the Design Museum Arabia, get to know Design Lab and visit the studios of artists working there. The Centre itself is like an exhibition of Finnish design. There is also a nice cafe at the Design Centre. 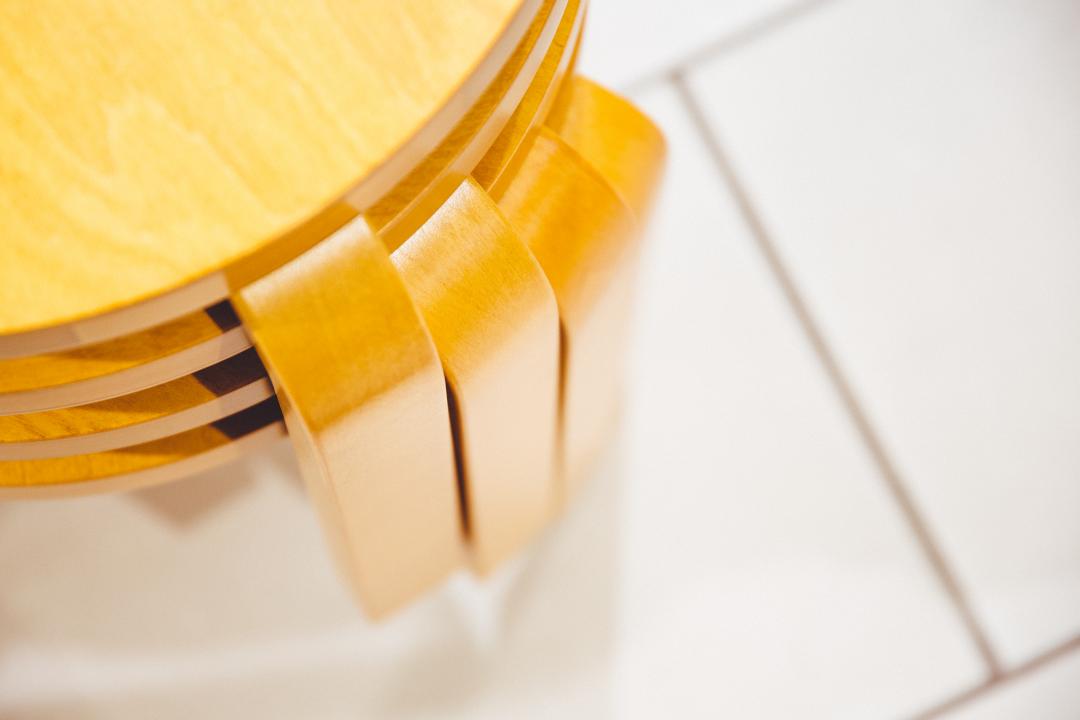 Legendary Finnish architect and designer Alvar Aalto became world famous with his three-legged stool (1933) and Savoy vase (1936). As one of leading modernist architects, Aalto made a revolutionary technical innovation by bending wood for use as furniture.

Alvar Aalto was above all a functionalist who believed that design should be simply, practical, democratic and long-lasting. In 1936 Alvar Aalto founded the Artek design house together with his wife and fellow architect Aino Aalto, Maire Gullichsen, a young collector, and critic Nils Gustav Hahl.

The visionary and radical young founders drew up a manifesto “to sell furniture and to promote a modern culture of living by exhibitions and other educational means”. Artek brought together urban design, architecture, industrial design and the visual arts.

In 2016 Artek opened a new flagship store on Keskuskatu in the centre of Helsinki. Occupying two floors, the showroom not only sells Artek products but also serves as a concept store for international luxury products, including perfumes by Comme de Garçons, natural cosmetics from Australia by Aesop, and textiles by Finnish designer Johanna Gullichsen.

In addition to international design furniture by the likes of Vitra, the showroom also sells second-hand vintage Artek furniture and even Moroccan rugs that Alvar Aalto himself liked to use in his interiors. On the second floor you will also find a Japanese tea room and the magazine kiosk “Do You Read Me?” 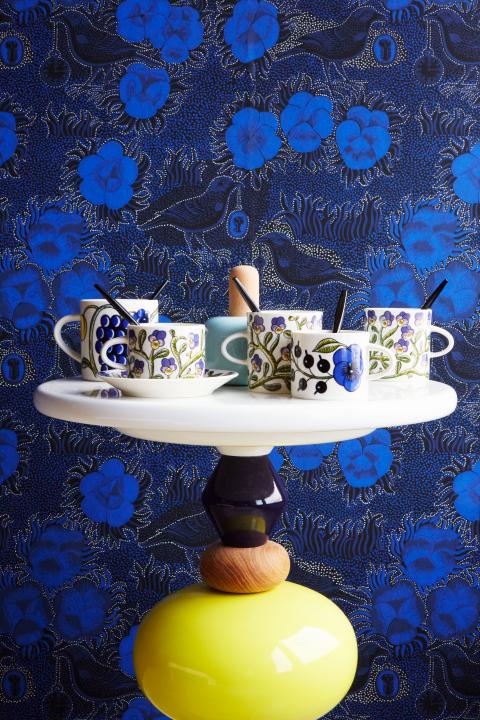 Arabia is one of Finland’s best known and most highly regarded brands that is known for its ceramics and beautiful high-quality tableware. Arabia has a history that stretches back 140 years, and still to this day Finnish households use a lot of Arabia products on an everyday basis and for special occasions, from one generation to the next.

Arabia ceramics and tableware have been designed by many leading designers, including Kaj Franck and Birger Kaipiainen, and the factory continues to attract the most interesting young talent.

The Arabia philosophy is best reflected in its classic tableware series Kilta by Kaj Franck. The modernist series of single-coloured tableware makes it easy to combine them with other new and old items, and they can be used for a wide variety of purposes. These days the timeless and stylish series is sold under the name Teema, and it continues to be popular from one year to the next.

Arabia is owned by the Iittala Group, so you can purchase both Arabia and Iittala products from the same outlets. 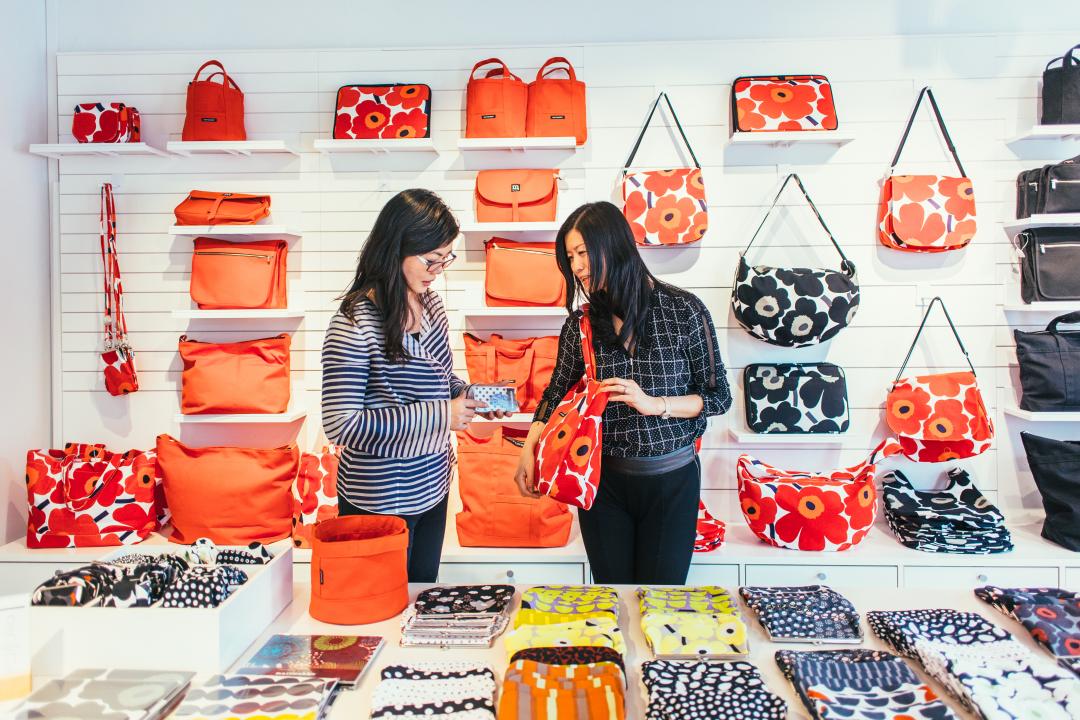 Founded by Armi and Viljo Ratia in 1951, Marimekko is a Finnish design house that combines fashion and accessories with interior design.

Marimekko is famous for its unique prints and colours, and it has been a part of everyday Finnish life for decades. Just about every Finnish home has at least one item by Marimekko, be it a piece of clothing, a textile or a bag. Marimekko also became a household name worldwide in the 1960s when Jacqueline Kennedy wore Marimekko fashion.

Many well-known Finnish clothing designers have worked for Marimekko over the years, including Jukka Rintala, Ritva Falla and Samu-Jussi Koski.

Marimekko’s most popular classic products include the Piccolo print shirt “Jokapoika” designed by Vuokko Eskolin-Nurmesniemi, the “Tasaraita” line designed by Annika Rimala, and the “Unikko” print designed by Maija Isola as a statement, since Armi Ratia didn’t like to use flower patterns!

Marimekko has its own special place in Helsinki. Each May the fashion house opens the summer season with a free-of-charge open-air fashion show in the Esplanade Park in the centre of Helsinki. The annual fashion show has become a popular tradition over the years and presents the latest line of clothing and accessories.

Marimekko’s fabrics are still printed in the Herttoniemi district of Helsinki, where there is also a factory outlet. In Helsinki you can purchase Marimekko clothing, accessories and textiles at seven outlets throughout the city. Marimekko products are also sold at department stores, including Stockmann’s.