Casa Chermayeff (1970) is featured in The Modern Architecture of Cadaqués.

Josep Pla, in a terribly over-quoted remark, said that Cadaqués is an island, and that its history and way of being could only be understood if the town is considered as such. Regarding the architecture, what made the town an island were the geographical limitations of the landscape, the scarcity of materials, resources, and labour, and of course its history. For centuries the seaside town, located on the Spanish Costa Brava, was almost completely isolated by land, and, together with a number of other factors, that meant Cadaqués more or less kept its original appearance intact.Attracted by this authenticity, several bourgeois families began to spend their summer holidays in Cadaqués from the end of the 19th century, and by the ‘50s and ‘60s, escaping to Cadaqués was both a status symbol and a real refuge from Barcelona, which was far from being the clean and modern city it is today. The new arrivals—progressive aristocrats, industrialists, intellectuals, artists—were the trigger for a group of architects to develop their own, highly influential local language in Cadaqués.
Peter Harnden and Lanfranco Bombelli were two such architects and represented the union of two spirits: the American and the European. They arrived in Cadaqués during the 1950s thanks to the guiding hand of José Antonio Coderch—the man they considered the ‘Spanish Neutra’. Their approach to local tradition was much more international and greatly influenced by American architecture, but given the quantity of projects they designed, and their extension over time, the pair were able to gather the experiences that came before them and develop the architecture of Cadaqués in a more complete and definitive way. 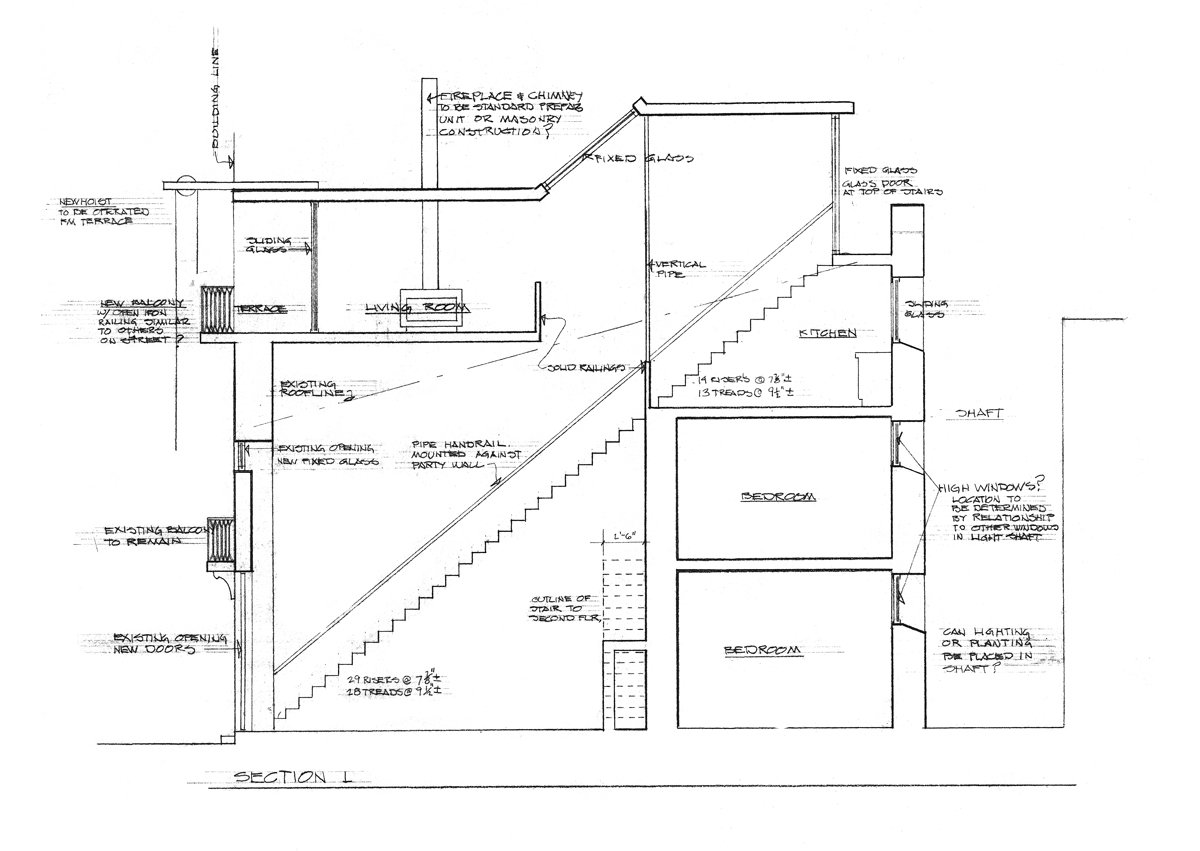 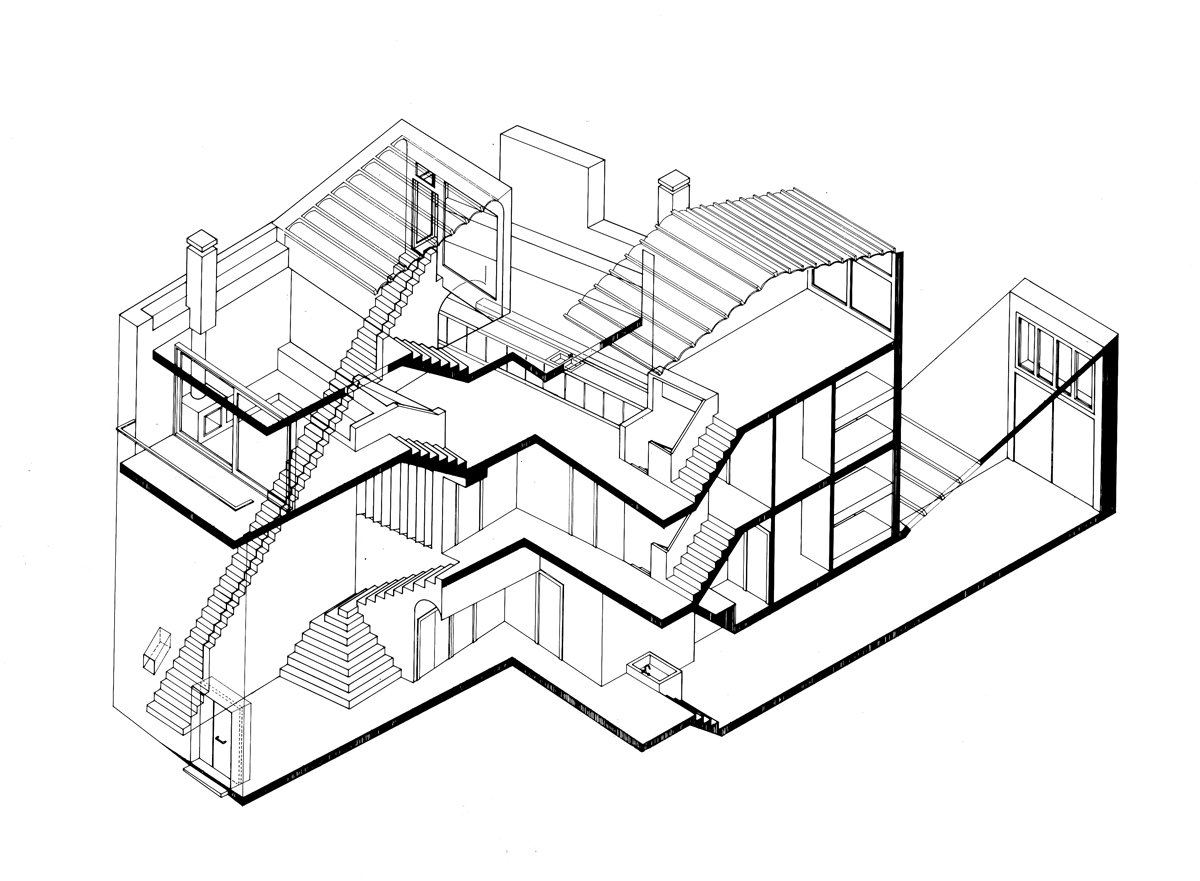 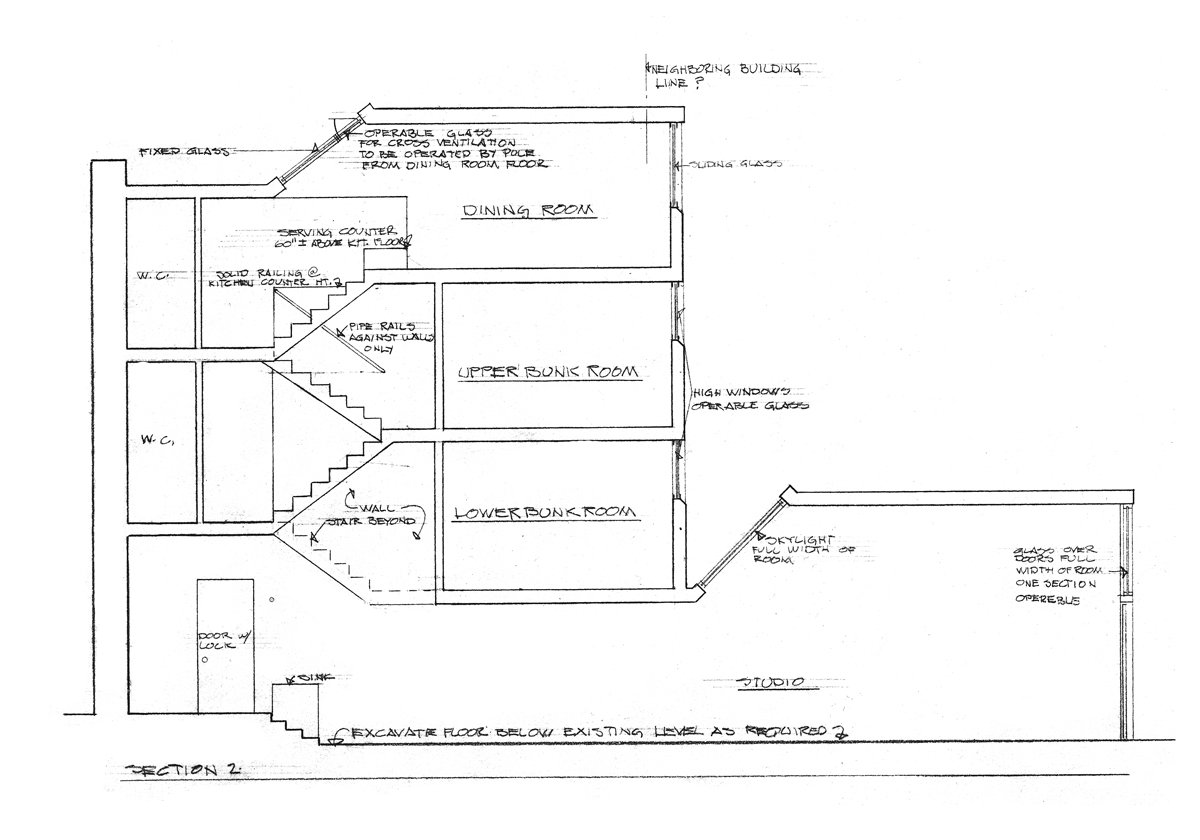 Hardnen and Bombelli designed this house for their friend, the American graphic designer Ivan Chermayeff. It wasn’t so much their own creation as the translation of Chermayeff’s ideas. For that reason, this house was pretty much ignored in Harnden and Bombelli’s interviews and monographs and it seems they had some bittersweet feelings about it. As the architect Marc Arnal comments, ‘The building has many elements which are diametrically opposed to Harnden and Bombelli’s way of working’,1 but even so, their hand can be seen in many of the details. It’s certainly a surrealist dream built in the manner of Cadaqués, yet another way of adapting an idea to the spirit of the place.

Ivan Chermayeff approached this project like a playground where he could apply many of his own ideas and architectural fantasies, rather than Harnden and Bombelli’s. Having co-founded Brownjohn, Chermayeff & Geissmar, one of the great graphic design studios of the ‘50s and ‘60s in the United States, he’d also been a friend of Peter Harnden since they’d collaborated years earlier, when Harnden had worked in California. His studio designed logos for companies and institutions such as Chase Bank, MoMA, Pan Am, Mobil, National Geographic, and NBC—logos that 50 years later are still in use. And after buying a house in Cadaqués, Chermayeff made a series of drawings and asked the architects to help him develop them. 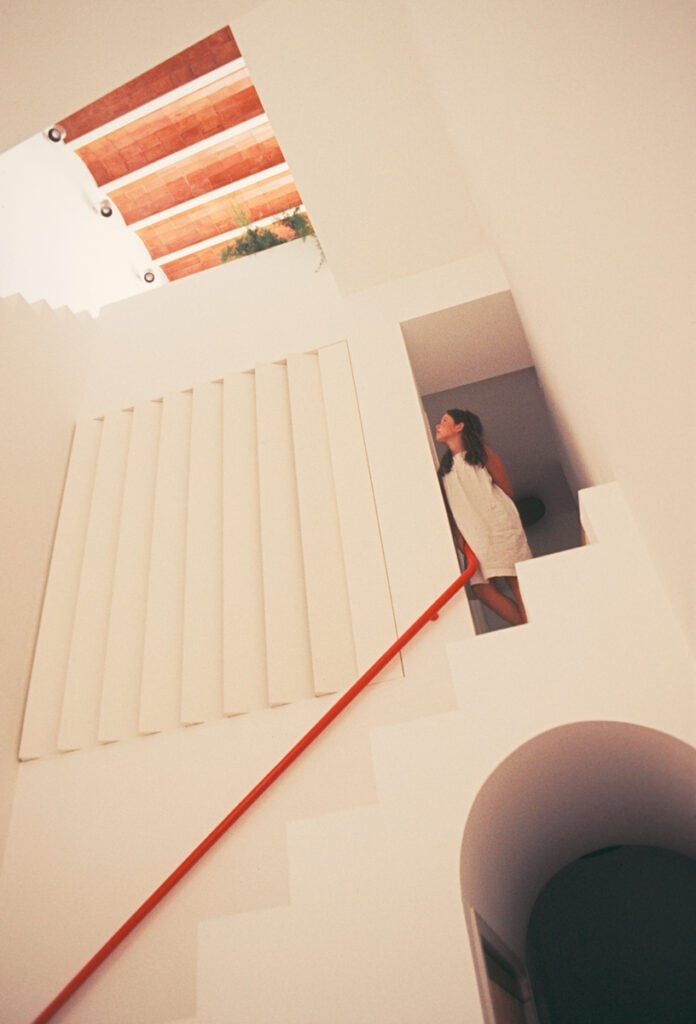 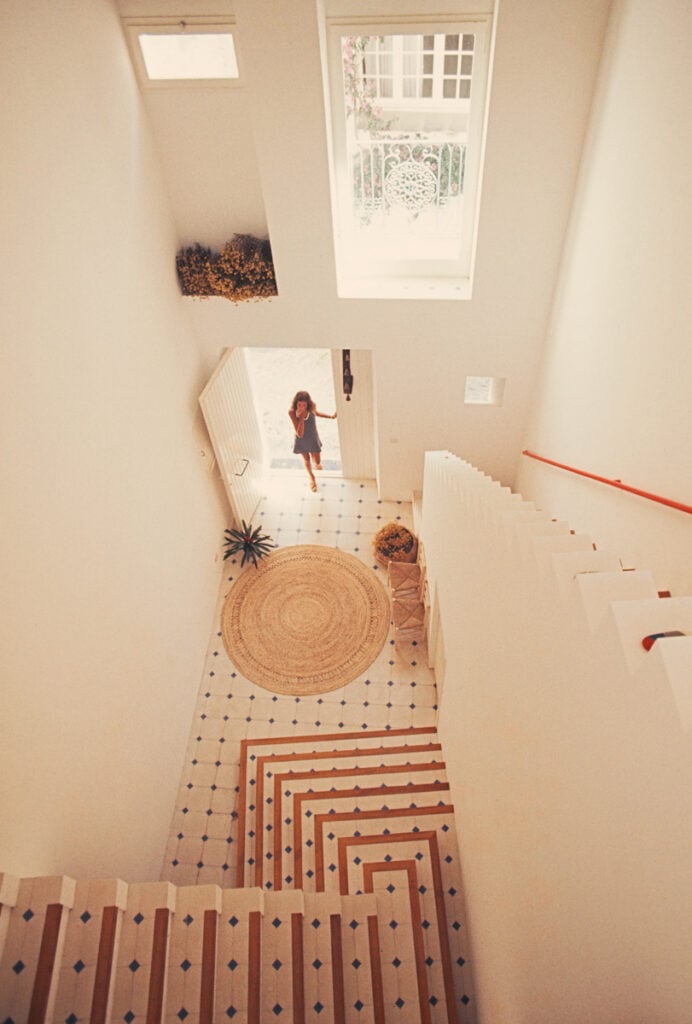 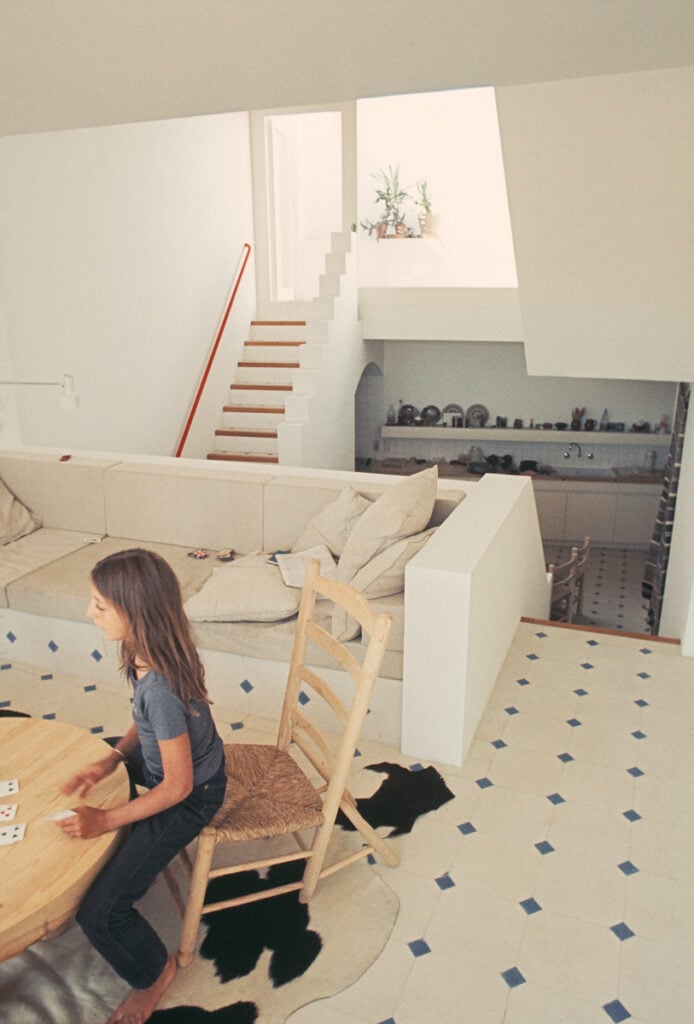 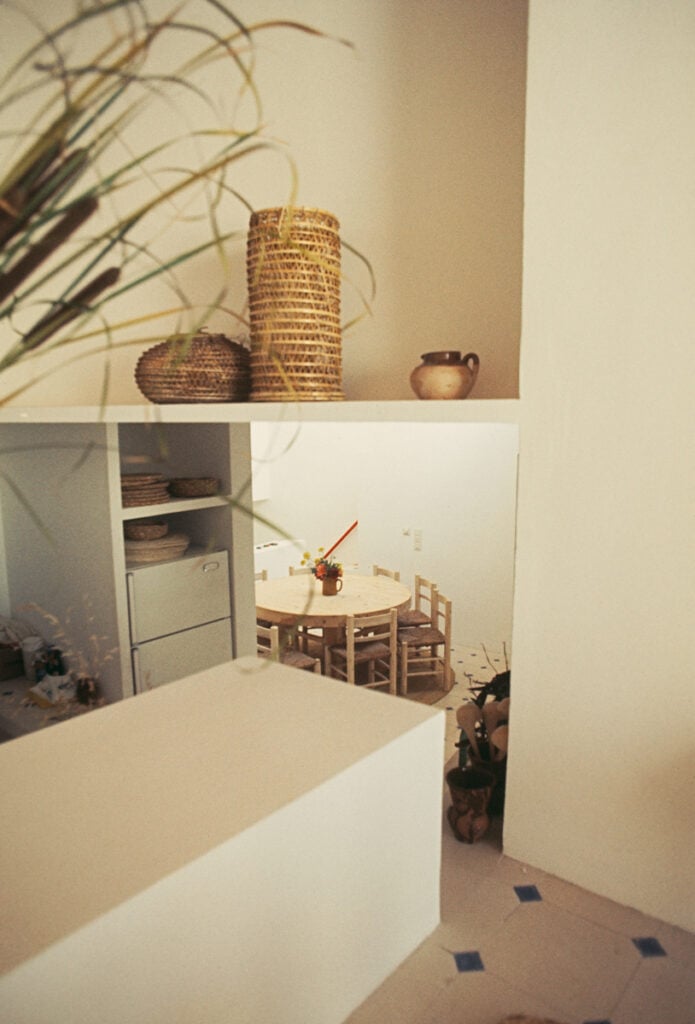 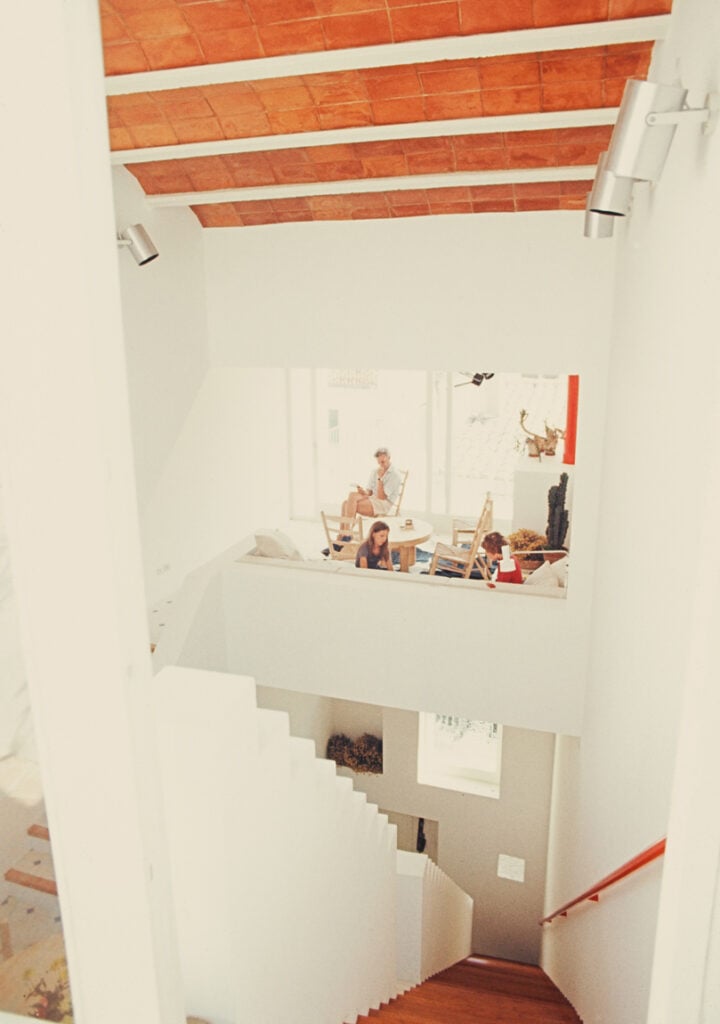 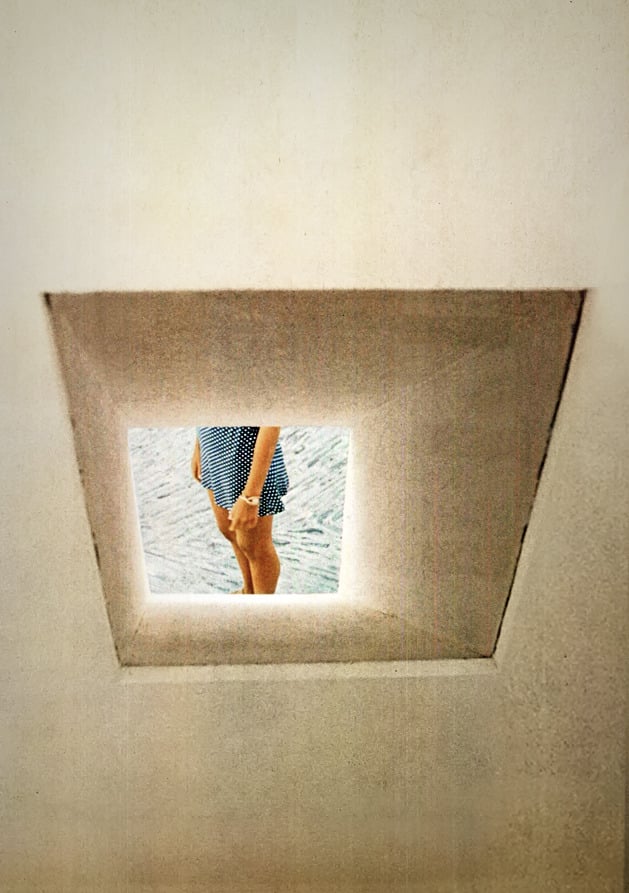 ‘Chermayeff was quite drastic in his criteria for the renovation of the property. The house is on the way up to the church, on Carrer del Call, on the righthand side. The exterior of the house didn’t change at all, but the interior was completely redone. It’s a house made of stairs. There were three: a conventional one, a pyramidal one, and a third one, visible from the street from a low window, that rises uninterrupted through the four floors on a 45˚ angle’.2
—Lanfranco Bombelli

Indeed, the façade remained largely unaltered, but behind it, a double-height inner courtyard was created in such a way that the old balconies became absurdly useless. The only update to the façade is a very small window, built into the wall with an upwards diagonal tilt, from where you can only see the long staircase that traverses the entire house, leading to no other place than the roof. Whenever walking past the house, you can always see some young kid or lost tourist looking through the window, amused. 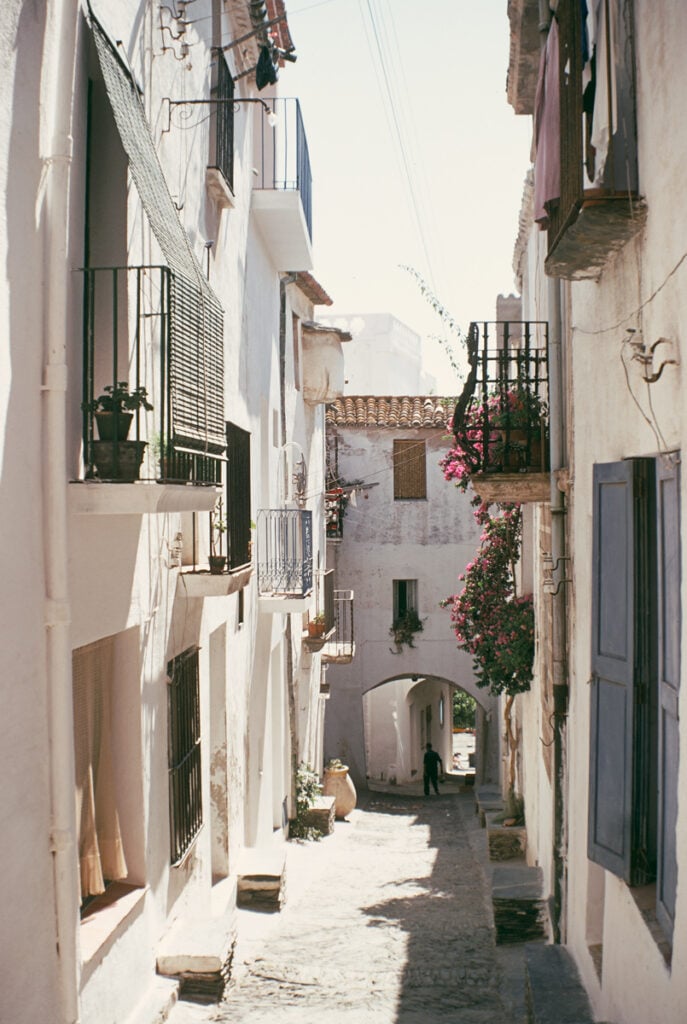